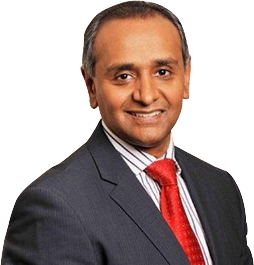 Gazi completed his Medical Degree from the University of NSW and graduated with an MBBS in 1989. Within 10 years he completed his basic surgical and formal training in Plastic and Reconstructive Surgery. This included training posts in nearly every major teaching hospital in Sydney. After successfully passing all exams he was awarded an FRACS (Plastic and Reconstructive Surgery) in 2001. He then elected to undertake a year of further training in Toronto, Canada, working with the two world leaders in Facial Reanimation Surgery and gained further experience in Cosmetic Surgery and Microsurgery. He was asked to co-author a chapter for the major Plastic Surgery text book. This chapter has been reproduced in other textbooks and is still the recognised reference for Plastic Surgery trainees.

Gazi returned to Australia in 2001 and established Coastal Plastic Surgery NSW. He has gained a reputation for success in various forms of Cosmetic Surgery. He has a particular interest in facial rejuvenation surgery including Facelift, Browlift, Rhinoplasty, Otoplasty and Eyelid Surgery, as well as Breast Reduction, Breast Lift and Abdominoplasty.

His passion for ensuring exacting standards of Plastic and Reconstructive Surgeons in Australia led him in 2010 to the appointment of Clinical Senior Lecturer in Plastic and Cosmetic Surgery at Macquarie University Hospital, where overseas and Australian trained Plastic Surgeons undertake further training and study under his supervision. In 2018 Macquarie University conferred upon Dr Hussain the title of Associate Professor of Plastic Surgery based on his expertise, reputation, and demonstrated commitment to clinical excellence, education and research.

From 2012 to 2014 Associate Professor Hussain held the position of Chairman of the NSW Chapter of Plastic Surgeons before being elected to the National Council of the Australian Society of Plastic Surgeons. The following year he was appointed the Honorary Secretary, and then elected Vice President. In 2019 he was elected President

Gazi is prominent in the media, having appeared on Insight (SBS), A Current Affair and the National Today Show (channel Nine) and various ABC radio programmes. He was the subject of an article in the Australian Women’s Weekly and is regularly interviewed for news articles.